So this week has been eventful!

We’ve had a fecking Siberian beast land. I’ve done my first scary as hell drive in the snow and my washers leaked all over ffs! 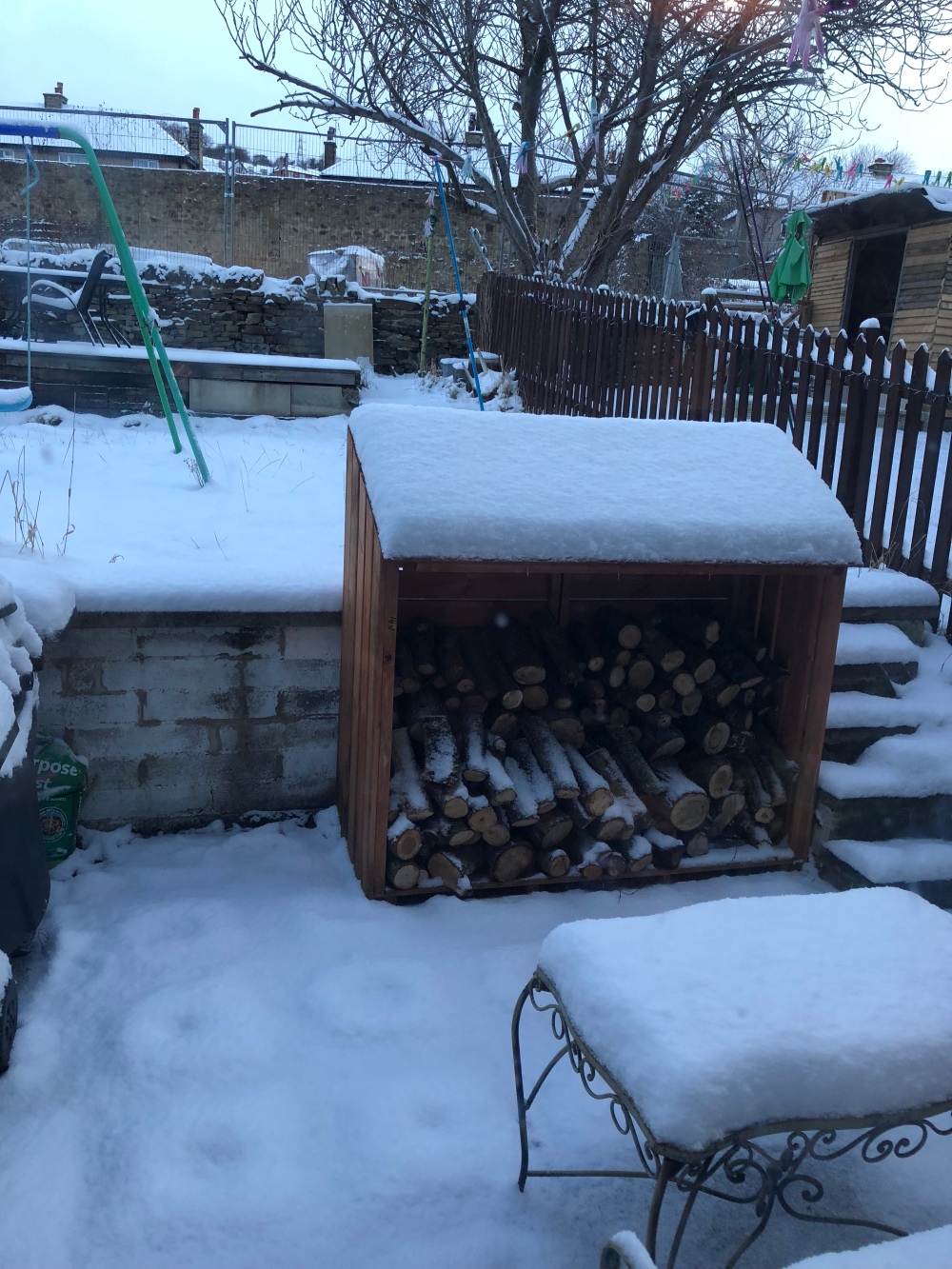 Could be worse I guess. I could have had to stay home with daughter no 2 for three days. Judging by Facebook this, after three days would have been a fate worse than, well maybe not death, but apparently it’s really boring, hard work, induced cabin fever and gives us a whole new respect for our teachers and teaching staff who have to put up with, and educate our little darlings on a daily basis! Going by the amount of ‘saves me’s’, ‘wine needed’ and ‘get me out of here’ updates I’m beginning to think I may have dodged a bullet.

So no snow day for me. I have childcare in place and I can make it in to work. I was a little bit gutted tbh. I’ve never had a snow day! Never played hookey and built a snowman with the kids, gone sledging and made hot cocoa. I’ll be honest when it snowed daughter No2 was dead excited! She’s got dressed in less than 5 mins (unlike a normal day) and she was outside in the snow like a shot.. She proceeded to walk in a circle with her phone in the air. She then came back in having not ‘played’ in the snow at all. I asked what she was doing? As my phone pinged I had my answer, apparently Snapchatting the snow (along with the rest of the U.K.). Back to her room she went having had her fun in the snow! How times have changed!

Much to Mister Carr’s amusement and possible unease I began looking for next years holiday this morning, We’ve not even paid off or been on this years yet! Gotta be organised, and what else can you do when the weathers shit and even Asda aren’t delivering! I also purchased a fitness app in error (took me all day to cancel the subscription, who was I kidding hahahahaha) and I purchased some more yoga leggings. It was too early to drink apparently 9.30 am is too soon. I even trudged to the butchers and braved the co-op this morning, so that’s me done for the weekend! I have some trashy mags, a book and plenty of wine to keep me going! I even acquired some bread! Currently there appears to be a black market for yeast based baked goods in our town…. I even procured tea cakes! Hit me up and I’ll sort you out mate….

Having managed to keep my boiler working all week (it’s been -5c and the boilers 17 years old). I came in from the butchers to find my kitchen piss wet through. The washer or one of it’s pipes is leaking. Grrrrr! Teaches me to be smug! Operation find the shit old towels and clean up. Thank god it wasn’t the dish washer. Dirty clothes I can cope with but I’ll be buggered if I’m washing up!

After finally seating down to enjoy my trashy mags and cappuccino. I heard what can only be described as a loud wet man fart… Considering I was on my own this was somewhat unnerving. I thought we had an intruder, on investigation it turns out it was the cat… and he has the runs. Nice one! I didn’t think a cat could make a noise like that! So today I’m not winning at all! I did however finally manage to get the stupid super-king duvet the right way round in the stupid super-king quilt cover. I actually had to get inside it. At one point I thought I was never getting out! I may have uttered a few profanity’s. I considered shouting for help. That was fun. Nothing a steak and glass or two of wine won’t cure, it is after all an acceptable time to drink now!